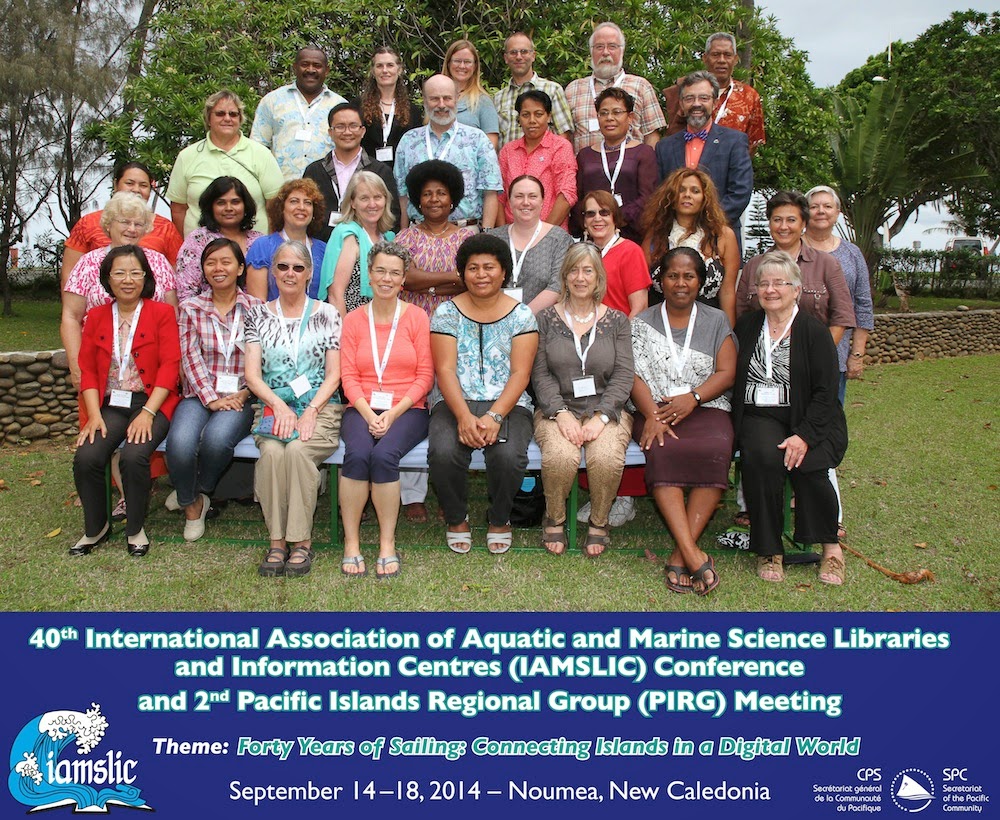 Above is the official conference photo. It was the most efficiently taken group photo of any conference I have attended. Usually it is like herding cats to get everyone gathered, and then it takes a long time to get people positioned so everyone's face can be seen.

If you want to know more about this IAMSLIC conference, you can go to the conference web site at:

Here you will find links to the conference program, a list of attendees, etc.

Thanks to Kris Anderson, there are also daily summaries of what took place during the conference which can be read on the IAMSLIC blog at:

Some photos for my birder friends

Here are some birds I saw in New Zealand.  Joan, are you going to verify my bird IDs?

These two photos were taken at Wenderholm Regional Park, my very first stop after arriving in New Zealand.

This photo was taken south of Rotorua either at the "Green Lake" Rotokakahi or the "Blue Lake" Tikitapu.

This was taken at the lake in Hobbiton, the movie location built by Peter Jackson.


These photos were taken in a park on the north side of Rotorua Lake.


This photo was taken in Long Bay, Coromandel.

After three hours of snorkeling, Oli brought us to Maitre Islet, an exclusive resort with over-the-water accommodations that is about 3 nautical miles from Noumea.


After a delicious picnic lunch of baguette, cheeses, meats, and fresh fruit, Jeanine and Steve settled in for an afternoon nap.

Kris and I took the time to do a little terrestrial exploring. I managed to walk completely around the island that is 700 meters long and covers about 6 hectares.

It was worth it because I finally got to see my first and only sea snake as it emerged from the water to slither across the sand right in front of me on its way to curl up in the shade of the dunes vegetation.

Oli offered to drop us off on the beach right in front of our hotel which gave me the opportunity to get a photo of our place from the water.

Many of the conference attendees went on a day trip to Amedee Island. This included a glass bottom boat ride, a barrier reef cruise, drinks, a buffet lunch, and cultural demonstrations including dancing, climbing a coconut tree, and tying a sarong. Snorkeling was an option for an extra fee, but for me I wanted to spend as much time in the water as I could. I tried to find someone to take me out snorkeling for the day, but I was having a hard time finding anyone who was available. Mary-Clare stepped in and save the day. She found Oli who runs the Coconut Watertaxi. I recruited three others to join me - Steve, Kris, and Jeanine. You can check out Oli's services at:

Mary-Clare loaned us her ice chest and gave us two bags of ice. Her husband picked us up at our hotel and took us to the boat ramp were we met Oli at 8 am on Friday. Mary-Clare, her staff, and the Fijian librarians were such wonderful hosts throughout the conference, and this was definitely above and beyond the call of duty.

The four of us spent around 3 hours snorkeling in two different areas. The first had high reaching coral heads with sand channels about 20 to 25 feet deep around them. The variety of hard coral species was impressive as was the size of many of the coral heads. The second spot was much more shallow with the corals so close to the surface you couldn't swim over the reef. Instead we swam around the edge of the reef. Here the sand channels were closer to 10 feet deep. The water was also warmer because of the shallow depth and the sun reflecting off the white sand in the channels. I was glad I brought my "Palmyra" wetsuit as I was cold by the time we finished our first dive in the colder, deeper water.


Here are some coral photos to give you an idea of the number of species and how large some of the coral heads are. I felt New Caledonia and Fiji were much more impressive in terms of corals than what I saw diving on the Great Barrier Reef. Of course the GBR is huge, and I might not have been diving in the best spot. Did you know that the barrier reef of New Caledonia is the world's second largest after Australia's GBR? 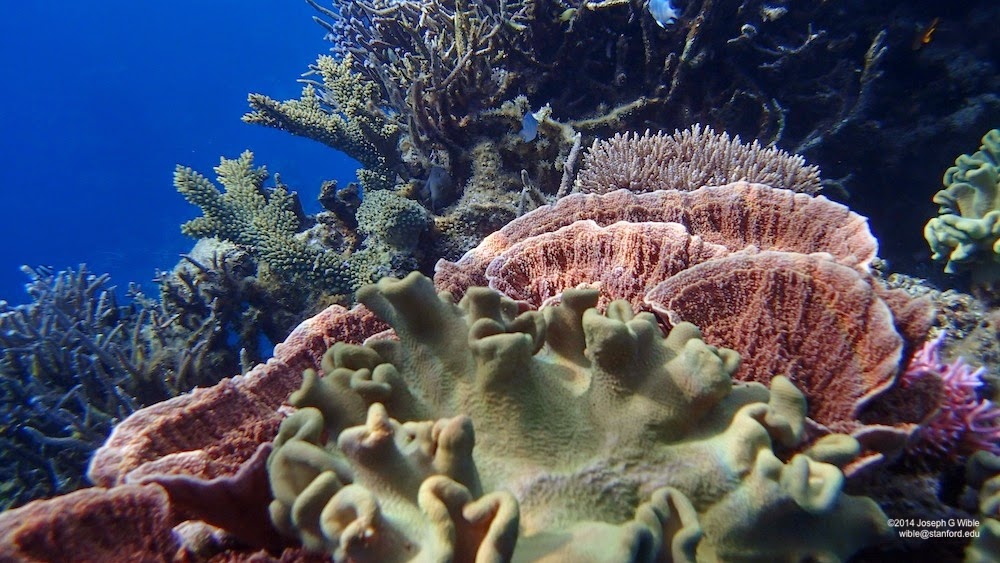 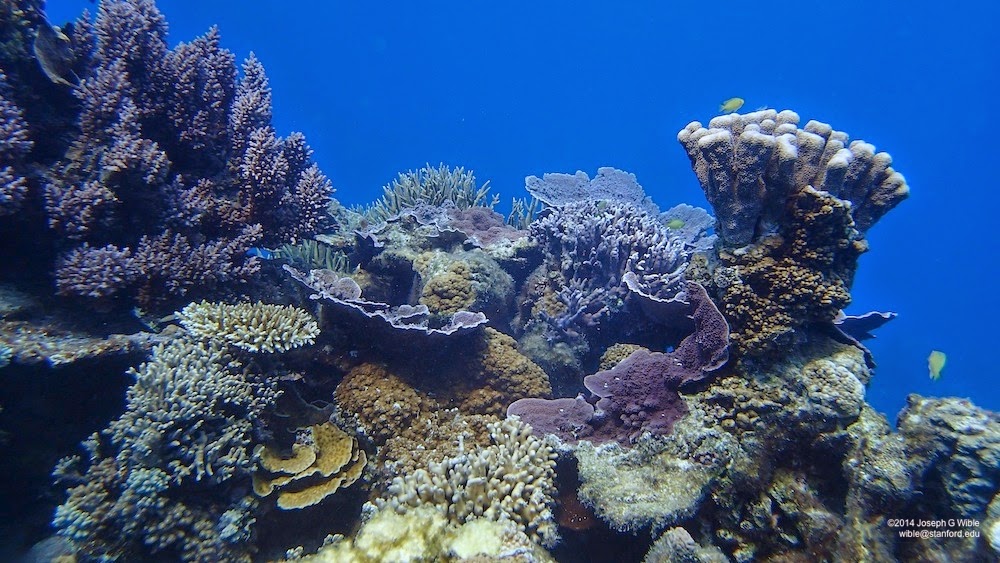 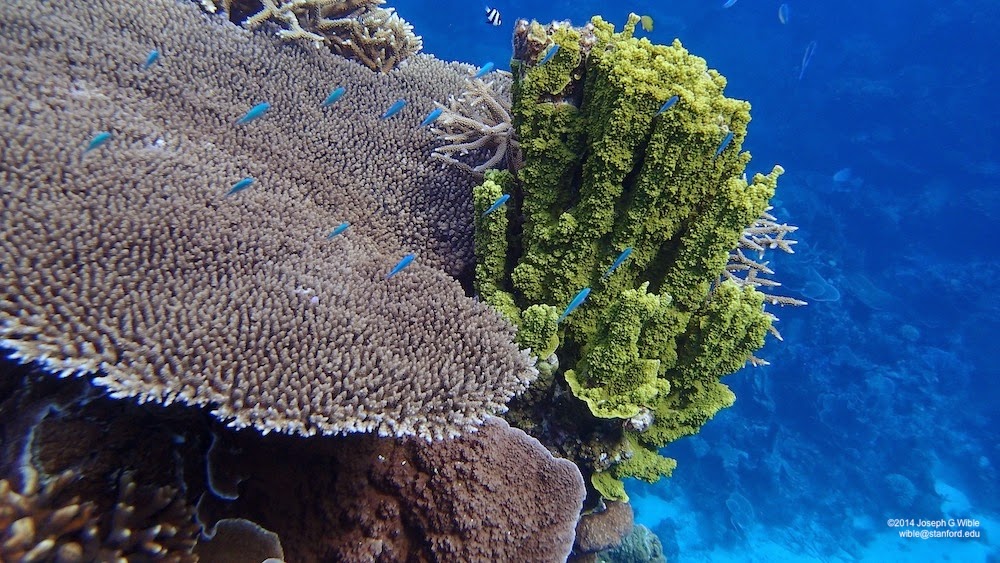 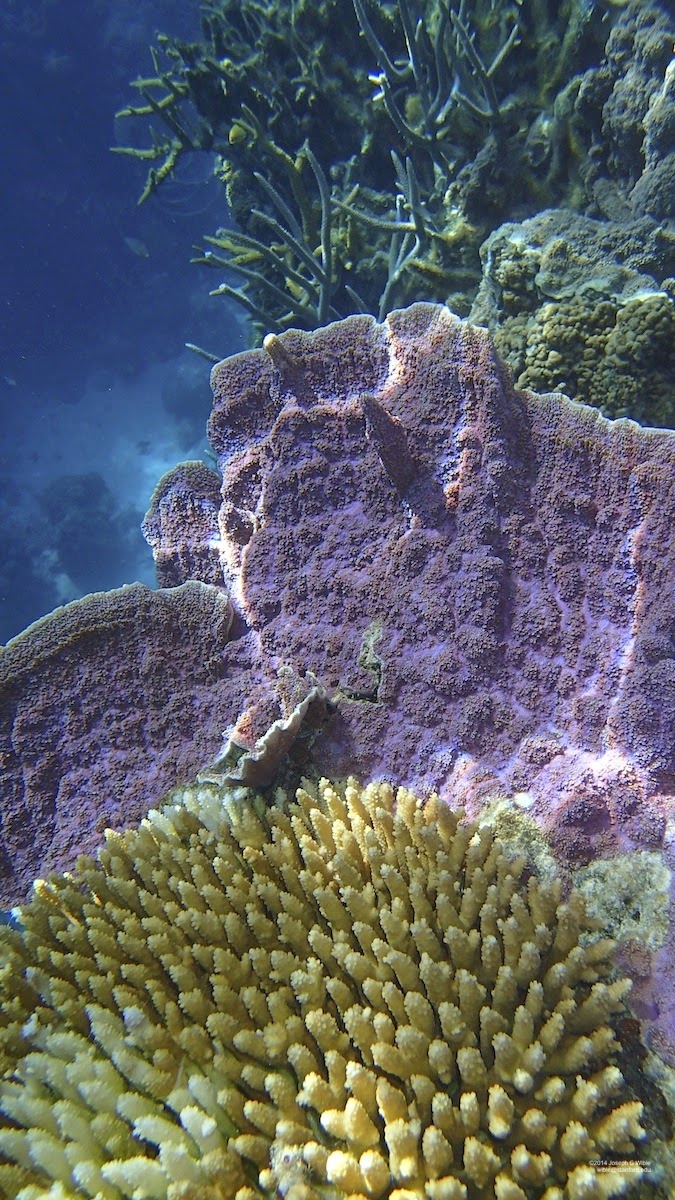 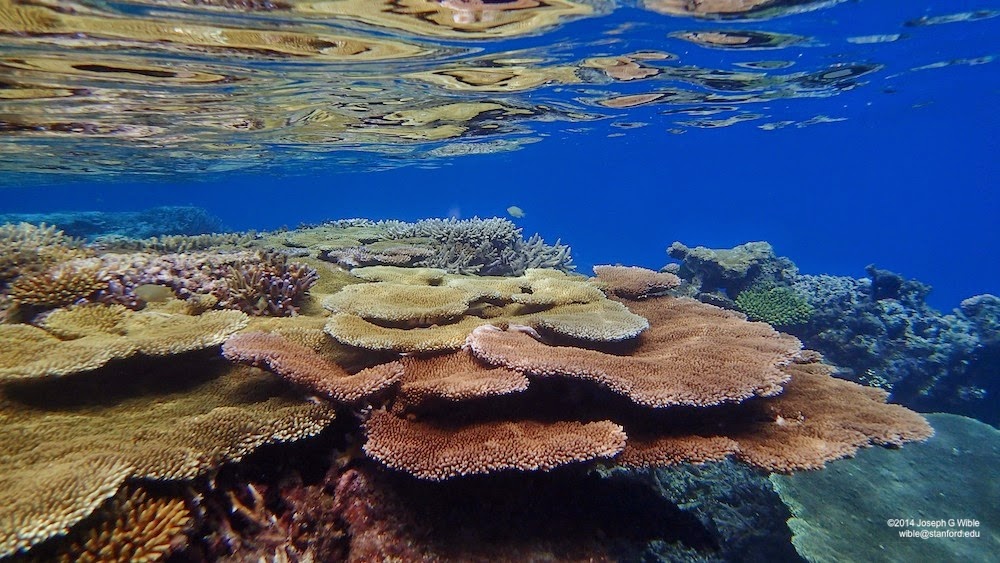 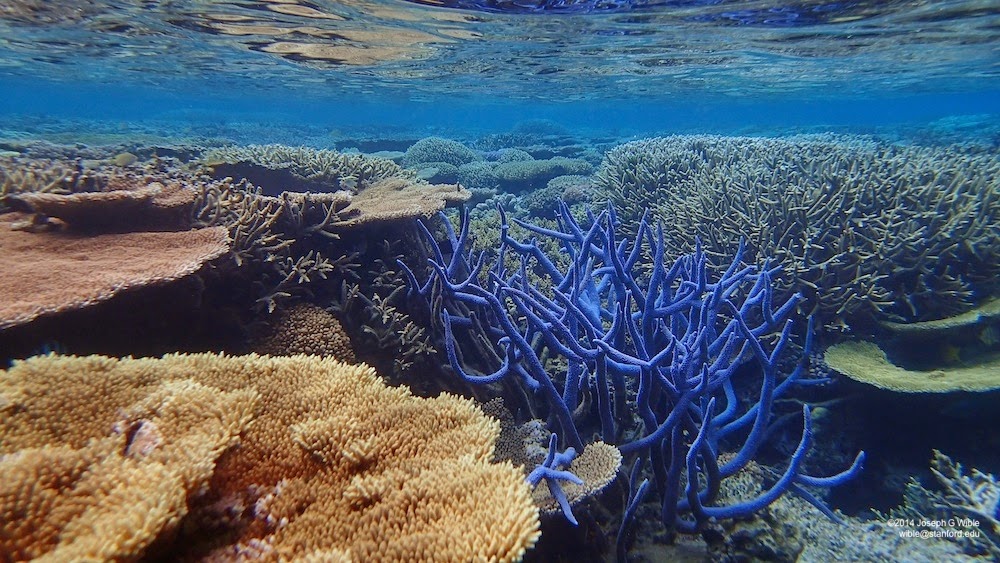 Here are some fish photos. I felt the GBR had schools of larger fish that I did not see here. In terms of number of fish, Fiji had more than both New Caledonia and Australia. There were clouds of small fish off the island where Steve and I dove when we visited Fiji in 2008.

On to the invertebrates. First we have some echinoderms.

Here are some mollusks.


Here is a picture of Kris checking out the ship wreck on the outside of the barrier reef as we motor between snorkel sites.

After our snorkel, Oli dropped us off on Maitre Islet where we had our picnic lunch. That will be the topic of my next blog entry.

Here are a few random photographs from my time in New Caledonia.

After the conference there was an Aquatic Commons Work Party, but there were problems creating accounts. For those who had accounts, it kept bumping us off and asking to login again. We decided to take our assignments as homework and left early. This meant we had a little free time late Thursday afternoon so Jeanine, Steve, Kris, and I went to the Aquarium. It was a very nice small aquarium.


One of the nice things about our apartment/hotel, was the great view from the balconies off every room. We could see both sides of the narrow peninsula from the balcony off Janet's room. Here is a view of Duck Island just offshore.

There were also some spectacular sunsets. Here are a few.

And then there was the food. We has some great meals. Here are a couple examples.

At the Stone Grill, your meat selection is brought to you raw on a large volcanic stone that is very hot and you cook it yourself. There were lots of beef cuts from New Caledonia and New Zealand cattle. This was more meat than I generally like to eat, but Jeanine asked if she could order from the children's menu, and when they said yes I followed suit.

Mary-Clare and her team arranged for an amazing spread of food and entertainment for our annual banquet. The spread of cold seafoods was so diverse and plentiful, I don't think some people ever got to the long row of hot dishes.

Following our meal there was a dancing show. I think I lost weigh just watching them dance. This was followed by another buffet of desserts. I struggled not to try each one. Finally the celebratory 40th anniversary cake was brought in and the Pacific Islands contingency sang. Wow!

One afternoon we had a break from our meetings for a tour of the city on Le Petit Train. The train would honk its horn, and people would wave at the crazy tourists. The horn was honked frequently, so we did a lot of hand waving.

My Other Blogs & Web Pages